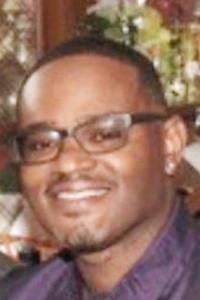 “I will lift mine eyes unto the hills, from whence cometh my help. My help cometh from the Lord, which made Heaven and earth. He will not suffer thy foot to be moved: he that keepeth thee will not slumber” (Psalms 121: 1-3).

Christopher Aaron Buckhanan was born to the late Janice Peyton Buckhanan and Willie B. Buckhanan on Jan. 7, 1980, at the Bogalusa Medical Center in Bogalusa.

Growing up, Christopher was a humble but loving young man with lots of ambition and a love for cars and music. He graduated from Bogalusa High School in 1998 and later attended Southern University where he played in the highly-acclaimed Southern University “Human Jukebox” Marching Band where he was an active member of Kappa Kappa Psi (KKPsi) Honorary Band Fraternity. It was there that he met a host of friends that helped to impact his life.

Christopher received his Associate of Science (A.S.) from Delta Community College in Baton Rouge in 2004, and in 2001 he achieved a Bachelor of Science (B.A.) in Business Administration from the University of Houston in Houston, Texas.

Over the years, Christopher adapted a more keen admiration for old-school and modern built cars. He enjoyed attending car shows, building and working on vehicles as this always brought him much joy. Christopher later established a career in the car industry attaining various job titles — beginning as a commercial account specialist and later promoted to a Senior Service Manager.

Christopher had a unique passion for cooking. He was a BEAST on the grill and meat smoking was his love. He enjoyed laughing and talking with his family and good friends.

Prior to relocating from Louisiana, Christopher was an active member of Second Missionary Baptist Church in Bogalusa, under the spiritual auspices of both Pastor Christopher Matthews Sr. and the late Pastor James Cyrus. He accepted Jesus Christ and lived his life according to God’s plan.

Yet on Wednesday, April 27, 2022, God solemnly called Christopher to his Heavenly rest.