Troopers seize $5.5M of cocaine from vehicle on I-12 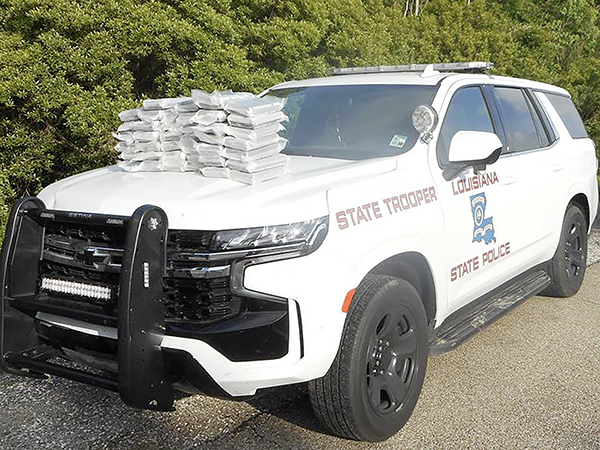 Monday morning, shortly after 6:20 a.m., troopers from Louisiana State Police made a traffic stop on a 2005 Peterbilt 387 eastbound on Interstate 12 in St. Tammany Parish, according to LSP Trooper William Huggins.

During the course of the traffic stop, troopers became suspicious of criminal activity and requested consent to search the vehicle, Huggins said. After consent to search was granted, troopers were able to locate and seize 55 kilograms of suspected cocaine.

Huggins said that the street value of this amount of cocaine is estimated at $5.5 million. After discovering the illegal narcotics, troopers arrested Melvin Contreras, 32, of Mount Vernon, N.Y., and Pedro Sarante, 40, of New York City, for drug-related charges. Troopers followed up with federal partners at the Department of Homeland Security and the case has been referred to federal authorities. Both Contreras and Sarante were booked into the St. Tammany Parish Jail.

Louisiana State Troopers will continue to provide the citizens of Louisiana a safer community through proactive drug related enforcement and cooperative efforts with local and federal law enforcement agencies. Troopers will target local and multi-state drug trafficking organizations by enforcing all state and federal laws governing the illicit manufacturing, distribution, sale, and use of drugs.