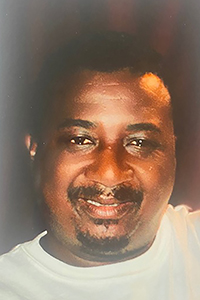 Jeffrey Duane Magee departed this earthly life at the age of 63 on Tuesday, April 26, 2022, at Our Lady of the Angels Hospital in Bogalusa. He was affectionately known as “Paso.”

For many years, Jeffrey lived in New Orleans and worked for the Orleans Parish School System before moving back to Bogalusa.

The simplest pleasures of life brought great joy to Jeffrey (Paso). He loved helping and being surrounded by his friends and family. His pleasant personality was contagious to everyone he met. His battle with serious medical issues in recent years showed his courage in facing life challenges with a smile.

Drive-through viewing will be Friday, May 6, from 4 p.m. until 6 p.m. at Crain and Sons Funeral Home.

Funeral service will be Saturday, May 7, at 2 p.m. at Crain and Sons Funeral Home in Bogalusa, with the Rev. Stanley Nathaniel officiating. Interment will be at the Bogalusa Cemetery.