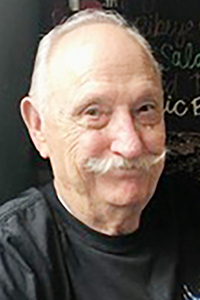 Mr. Massengale served in the U.S. Army in World War II and the Korean War. He was inducted in 1967 as a Free Mason and was a member of the Moose Lodge and American Legion. He enjoyed being outdoors gardening, hunting, and fishing.

A graveside service will be held Tuesday, May 3, at Pine First Baptist Church Cemetery at 2 p.m. There will be food and fellowship after the service at the home of James and Twana Massengale in Franklinton.