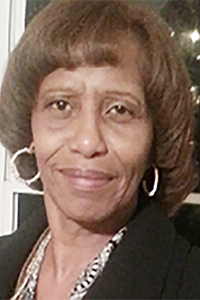 Marilyn Carson Hicks was born on May 5, 1954, in Bogalusa, to the late Nevel Sr. and Mary Carson. Marilyn departed this life peacefully in Baton Rouge on April 20, 2022.

At an early age, Marilyn became a member of Sweet Beulah Baptist Church. She graduated from Bogalusa High School in 1972. After graduation, she attended Grambling State University and later worked in the medical field until her ailment. On June 23, 1986, Marilyn was united in marriage with the late Robert L. Hicks.

A visitation will be held on Wednesday, April 27, from 2 p.m. until 3 p.m., followed by the funeral service at 3 p.m. at Sweet Beulah Baptist Church with the Rev. Charlie Parker officiating. Interment will be held at the Ponemah Cemetery.