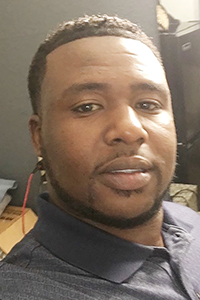 Donald Lewis Ishman, affectionately referred to as “Don,” was born on Sept. 27, 1988, to his loving and devoted parents, Darryl and Edna Brown. He departed this world on Friday, April 22, 2022. Don knew The Lord for himself. He learned the value of God’s love and the importance of His salvation as a child. He established a loving and lasting relationship with Christ at Greater Salter’s Chapel A.M. E. Church, under the current leadership of Pastor Debra Branch. Don was a proud black and gold Lumberjack. His presence and personality filled the hallways and classrooms with laughter and love! His ability to bring smiles to the faces of teachers and fellow classmates alike was uncanny.

Don was known for his sense of humor and his ability to get the party started. He embodied a persona that could instantly lighten any mood. He was a skilled machinist and a jack-of-all-trades. He was blessed with gifted hands. He could fix anything from a chain on a child’s bike to the motor of an 18-wheeler. Don’s God-given talents and his natural light-hearted character brought so many smiles to so many hearts throughout his time here on earth. To know him was to truly love him.

He was preceded in death by his grandparents, James and Cora Ishman, Lucille Brown and Robert Knox; and his brother, Raymond Magee.

Visitation will be Sunday, May 1, from 2 p.m. until 4 p.m. at Cook- Richmond Funeral Home Chapel.

The funeral service will be held Monday, May 2, at 11 a.m. at Bethlehem Baptist Church, located at 837 East Seventh St. The Rev. Christopher Matthews will be officiating. Interment will follow at Duffy Cemetery.