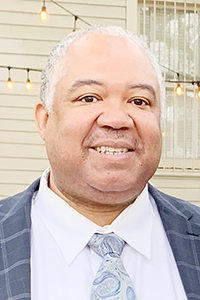 On Jan. 8, 1977, Jarvis Tramaine Williams was born to Tammy Williams and Kevin Martin in Bogalusa. Jarvis was raised and educated in Bogalusa, graduating from Bogalusa High School in 1995. While in high school, he was proud member of the Lumberjack Football and Baseball teams. After graduation, Jarvis attended Southern University in Baton Rouge.

On Thursday, April 7, 2022, God called Jarvis from labor to eternal rest. He leaves to cherish his memory: his mother, Tammy Williams Sartin of Bogalusa; one sister, Tanethia (Maize Jr.) Warren of Slidell; two brothers, Edward (Briuna) Sartin Jr. of Baton Rouge, and Jaworski Sartin of Denham Springs; a stepbrother, Clayton Lundy of Baton Rouge; a grandfather, Nuel Martin of Kingsport, Tenn.; and a host of other relatives and friends.

Drive-thru visitation will be held at Crain and Sons Funeral Home of Bogalusa on Thursday, April 21, from 4 p.m. until 6 p.m.

The funeral service will be held at the Mt. Zion Missionary Baptist Church on Friday, April 22, at noon, with the Rev. Dr. Byron Muse, pastor, officiating.

Crain and Sons Funeral Home of Bogalusa has been entrusted with arrangements. Sign the guestbook online at www.crainandsons.com.