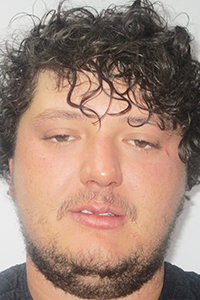 On Friday, Jonathan Daniel Spears, 26, a resident of Lee Road, was arrested by the Washington Parish Sheriff’s Office on charges of domestic battery with strangulation, simple battery and two counts of false imprisonment.

Responding to a frantic 911 call for help, a WPSO patrol deputy went to a Lee Road residence and encountered two females who had been assaulted and held captive by Spears, according to WPSO Chief Criminal Deputy Mike Haley. Haley said that the deputy made contact with Spears, placed him under arrest and transported him to the Washington Parish Jail.

“A relationship gone sour is no excuse for physical violence against anyone,” Washington Parish Sheriff Randy Seal said. “This situation had the potential to escalate if our deputy had not arrived and taken control. I appreciate his quick response to defuse the situation before any person was harmed further.”