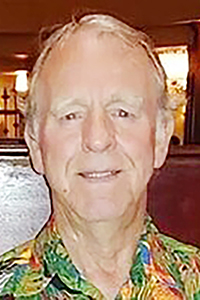 Kenneth “Ken” W. Meyers, 75, resident of Bogalusa, passed away peacefully on April 9, 2022, at St. Tammany Parish Hospital after a lengthy battle with cancer. He fought valiantly and with honor for his daughters and grandchildren until the good Lord called the roll.

He was born in New Orleans on June 19, 1946, and was a master carpenter, who loved antiques and old cars or anything associated with nostalgia or junk. He was a long and short haul truck driver and enjoyed seeing the country on the open road. He also served his country first as a Merchant Mariner then as a member of the U.S. Navy. He was a member of the State Line United Pentecostal Church in Tylertown, Miss., and he strove to emulate the perfect carpenter, Jesus Christ.

He was preceded in death by his wife, Cheryl Shepherd; a brother, Larry Meyers; a sister, Patricia Crosby; and his parents, George Meyers and Nettie L. Loyd Meyers.

A service to celebrate Kenneth’s life will be held on Saturday, April 16, at Poole Ritchie Funeral Home and Crematory, with friends and family visiting from noon until the memorial service at 1 p.m., in the funeral home chapel. The Rev. Brandon Wilkins will officiate the service. Immediately following the memorial service, refreshments will be served at 717 N. Border Drive in Bogalusa.