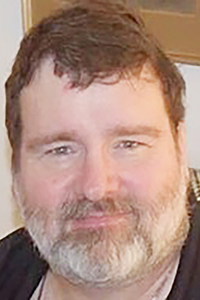 Charles “Chuck” Marshall Richardson Jr., of Metairie, passed away at The Sanctuary of Passages Hospice on April 8, 2022, from kidney failure and liver cancer. He was born in Bogalusa on Oct. 20, 1962. His father was the late Charles Marshall Richardson Sr., and he is survived by his mother, Mary Sandra Pole Richardson.

Even though he moved to Metairie, he still considered Bogalusa his second home.

Chuck was kind, loving and funny. The hearts of his mother, sisters, brothers-in-law, nieces, nephews, great-nieces, and great-nephews are broken, but they will forever remember him as the “Uncle Chuckie” he was.

He was preceded in death by his father, Charles M. Richardson Sr., as well as one nephew, Michael Kyle Taylor.

In lieu of flowers, the family requests that you consider making a donation to Saint Joseph Abbey online at www.saintjosephabbey.com/donate.

Visit www.pooleritchiefuneralhome.com to view and sign the guest registry.