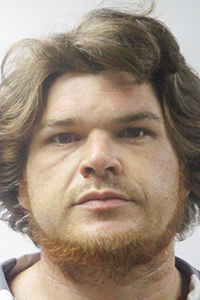 On Sunday, Washington Parish Sheriff’s Office deputies were observing traffic on Highway 21 north of Bogalusa when they observed a car and motorcycle racing northbound at 85 miles per hour, according to WPSO Chief Deputy Mike Haley. One deputy pursued the car while the other pursued the motorcycle.

Haley said that the car was stopped, but the motorcycle rapidly sped away. The pursuing deputy was unable to get close enough to obtain a license number and discontinued the pursuit due to the potential danger of the situation, Haley said.

The driver of the car was identified as Ethan Colby Seal, 31, a resident of Mayflower, Ark. Seal was in possession of illegal drugs and drug paraphernalia, Haley said.

He was arrested and transported to the Washington Parish Jail where he was booked on charges of two counts of possession of illegal drugs, possession of drug paraphernalia, drag racing, reckless operation of a motor vehicle, speeding and driving while under suspension. His bond was set at $5,000.

“Drag racing on Highway 21? Such juvenile behavior is totally unacceptable,” Washington Parish Sheriff Randy Seal said. “Not only were these two knuckleheads a danger to themselves, but also a danger to every other motorist on the road. I’m glad Seal was caught and I commend our deputy for calling off the pursuit under the circumstances.”