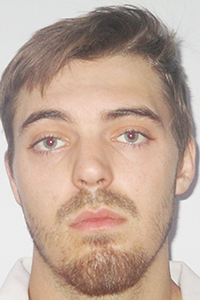 On Friday, the Washington Parish Sheriff’s Office obtained an arrest warrant for Chance Dylan Welch, 21, a resident of Louisiana Highway 25.

WPSO Chief Criminal Deputy Mike Haley said that Welch was located and arrested on Saturday, charged with domestic abuse battery with strangulation. The offense reportedly occurred on March 31 at Welch’s residence, Haley said. Welch will be held in the Washington Parish Jail with no bond until he appears before a 22nd Judicial District Court Judge.

“Out-of-control emotions and physical violence have absolutely no place in a relationship,” Washington Parish Sheriff Randy Seal said. “Louisiana law is very intolerant for those who choose to commit such violent acts. I appreciate the actions of our officers to intervene in this matter and make the arrest.”