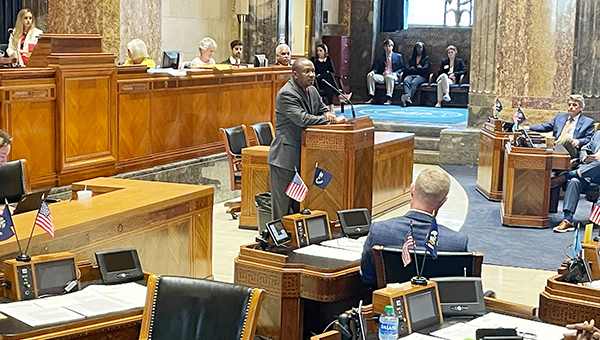 Both chambers of the Louisiana Legislature voted Wednesday to override Gov. John Bel Edwards’ veto of congressional maps that did not include a second majority black district.

The vote was mostly along party lines.

The House voted 72-31, with all Republicans and independents in favor, and the Senate voted 27-11 in favor.

Despite the vote, the matter is likely to be determined in court. Several lawsuits relating to Louisiana’s redistricting efforts are already pending. Multiple black legislators expressed their confidence that the courts would rule in their favor.

“At the end of the day, I feel pretty certain that the courts will probably say we did it wrong,” said Sen. Cleo Fields, a Baton Rouge Democrat.

House Speaker Clay Schexnayder, R-Gonzalez, also noted that the veto override was a key moment in efforts by the Republican-led legislature to stand up to Edwards, a Democrat.

“For the first time in history, the Louisiana Legislature overrode a gubernatorial veto during a veto session,” Schexnayder said, in a statement. “Today, the overwhelming will of the legislature was heard. House Bill 1 fulfills our constitutionally mandated duty to redistrict Congress. It also shows true legislative independence and a clear separation of power from the executive branch.”

Fields, who at one point was one of the five black members of Congress from Louisiana, had been a strong proponent of drawing two majority-black congressional districts throughout the process.

Fields and others made the case that because a third of Louisiana’s population is black, a third of Louisiana’s congressional districts should be majority-black. Black lawmakers argued that to do otherwise would violate Section Two of the Voting Rights Act, which forbids racial discrimination in voting practices.

Republican leaders have argued that the maps do not violate the Voting Rights Act.

During a special redistricting session in February, some Republicans maintained that creating a second majority-black district would lower the chances of a black candidate winning either seat if turnout among black voters remained lower than that of white voters.