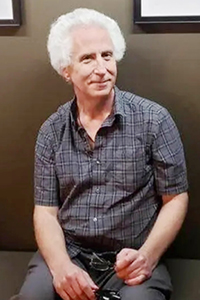 The gallery, located at 415 S. Columbia St. in Bogalusa, will host the closing of Patrick Lera’s “Through My Lens” collection on Saturday, April 2, from 5 p.m. until 9 p.m.

Lera is a native of New Orleans, living in Mandeville. He received his Bachelor of Arts in Photography from the University of New Orleans, and his Master of Fine Arts in Photography from the University of Houston. His work is in private collections, the St. Tammany Parish Commission of Cultural affairs permanent collection, and he is an exhibiting member of the St. Tammany Art Association’s Art House.

Although a traumatic brain injury caused him to have seizures which disrupted his life and career for a time, Lera has utilized such a debilitating life change to his advantage. Once a world traveler who focused his talents on some of the most interesting and significant structures, artifacts, and subjects in human history, Lera adjusted with a fulfilling life that tethers him close to home.

Since he cannot drive, he photographs the immediate area around his home — in his front and back yards, and neighborhood — exploring a universe within a finite space.

Sometimes, he captures photographs through self-made pinhole cameras. Other times, using medium and large format film cameras, he chooses film rather than digital imaging. He feels he has more control in the creative process because he develops his own pictures — developing the film and printing the images in a traditional chemical process using donated enlargers, timers, and trays in the garage darkroom that he created.

Composed in sets, Lera’s work covers a wide range and denotes his years of education and expertise in the studies of art, photography, and his own unique artistic vision. Using black and white film and his medium format twin lens reflex camera, he has captured images during his travels through Europe, New Orleans and the Mississippi Gulf Coast after Hurricane Katrina, and now the areas he explores near and at home.

Demonstrating his lifelong ability to utilize photography as a part of healing, Lera became a documentary photographer, shooting everything he could, but wanting to capture the loss and hope that affected himself, family, friends, and community.

For more information about the gallery, visit Riverstone on Facebook (www.facebook.com/riverstonegalleryla), or call 985-516-6919.