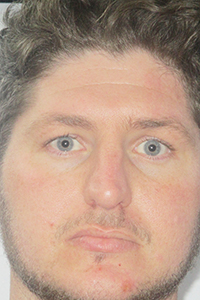 A few minutes before midnight on Thursday, a Washington Parish Sheriff’s Office patrol deputy observed a truck traveling northbound on Louisiana Highway 424 at 80 miles per hour in a 55 miles per hour zone, according to WPSO Chief Criminal Deputy Mike Haley.

The driver, Devin Lee Knight, 28, a resident of Lawrence Creek Road, was found to be in possession of an open and partially consumed beer and a quantity of illegal drugs.

Knight was arrested and booked into the Washington Parish Jail on charges of possession of illegal drugs with intent to distribute, speeding 21-30 mph above the speed limit, having an open container of alcohol in his vehicle and other traffic offenses. His bond was set at $10,000.

Knight has one previous stay in the Washington Parish Jail. In January of 2018, he was jailed on charges of driving while intoxicated and traffic offenses.

“Drinking while driving is not only a violation of the law, but is an affront to every innocent motorist on the road,” Washington Parish Sheriff Randy Seal said. “Matters are made worse when a drinking driver also introduces illegal drugs into the mix. This arrest is a stark reminder that our deputies are on patrol 24 hours per day and are always on the alert for any type of criminal activity, including traffic offenses.”