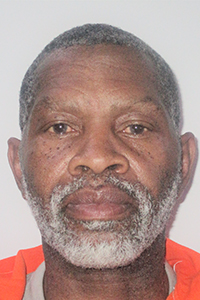 According to WPSO Chief Criminal Deputy Mike Haley, Trotter was sitting behind the wheel of his truck eastbound on the shoulder of Louisiana Highway 10 near the intersection with Louisiana Highway 439. Trotter, who was asleep when deputies arrived, was reportedly intoxicated, had an open can of beer in his vehicle and was unstable on his feet when he exited the truck. He stated he was going to Franklinton, although he was headed in the opposite direction, Haley said.

Haley said that Trotter was uncooperative with deputies, refusing to perform a roadside sobriety test. He was transported to jail where he also reportedly refused to take a breath analysis test.

He was booked into the Washington Parish Jail on charges of driving while intoxicated and having an open container of alcohol in his vehicle. He was released on Tuesday after posting a $2,500 bond.

“Intoxicated drivers are a significant threat to all other drivers on the road,” Washington Parish Sheriff Randy Seal said. “Thankfully, Mr. Trotter made it to the shoulder of the road before he fell asleep at the wheel. Our deputies, as usual, did an excellent job, possibly preventing injury or death if there had been an accident.”