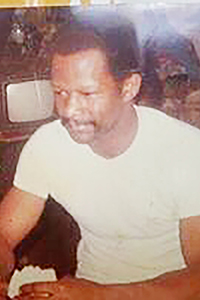 Poppa John has four godsons, Jeremiah Nicholson, Ad’yen, Amir, Andrew Jr., and a special great-grandson (Terrance Griffin), and he loved these boys so much. They became very much a part of his life. He taught the boys a lot about riding the lawn mower and tractor.

He loved to fish, barbecue, shoot pool and work in the yard. He worked at Johnson Controls as a COS Operator for 23 years. In 2000 he moved and continued to work in Milwaukee, Wis., until 2003, and he then moved back to Bogalusa permanently.

He was preceded in death by his parents, Daisy and West Neal; brother, Eric Neal; father-in-law and mother-in-law, Volian and Charles Lewis; step-father-in-law, Tulos Jefferson; and two stepchildren, Vanessa Minox and Antone Lewis.

A memorial service will be on Saturday, March 26, at Greater Salter Chapel A.M.E. Church at 11 a.m. with Pastor Deborah Branch officiating.

Crain and Sons Funeral Home is in charge of arrangements. Sign the guestbook online at www.crainandsons.com.