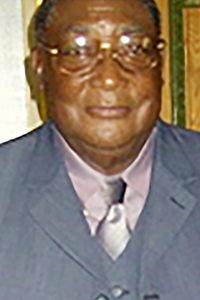 Arcell Causey Sr., a son given by the Lord to Elder Edgar Doll and Luella Causey, was born in Tylertown, Miss., on Dec. 10, 1929, and went home to be with the Lord from the St. Clara Manor Nursing Facility in Baton Rouge, the morning of Tuesday, March 15, 2022.

Deacon Causey displayed a heightened spirit of giving, and love of service, which today so richly bless our memories. He was a model provider for his family as he was seen helping and providing for his children, grandchildren, nieces, nephews, church family, and others. He also showed profound respect and love for his pastors, Superintendents Leonard Hill and Leslie Fields.