He said, she said: Couple arrested after physical altercation

On Tuesday, a Washington Parish Sheriff’s Office deputy responded to a complaint at a residence on Highway 38. Upon his arrival, the deputy encountered two persons who were bound by judicial protection orders not to be in the presence of each other, according to WPSO Chief Deputy Mike Haley.

The couple had been in a physical altercation, which resulted to injury to Shelia Nunnery as well as destruction of her property, Haley said.

Haley said that Davis has two previous stays in the Washington Parish Jail. In 2008, he was charged with failure to appear in court. In January, he faced more serious charges of attempted second-degree murder, aggravated assault, failure to appear in court and driving under suspension. His attempted murder charge resulted from a Jan. 1 incident in which he reportedly stabbed Nunnery in the neck. After spending seven days in jail, Davis posted a $16,500 bond for his release.

“You can’t make this stuff up,” Washington Parish Sheriff Randy Seal said. “This is a classic ‘he said/she said’ situation. It seems that these folks have a serious relationship problem, which is exacerbated by lack of emotional control. It seems logical that both would benefit by going in separate directions.” 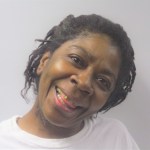 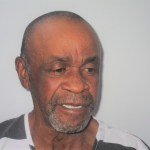