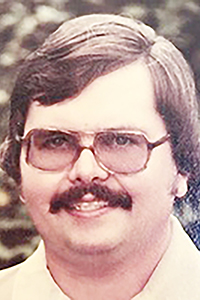 Wayne was born in Bogalusa on May 13, 1954, to Laurence and Louise Frandsen Penton. He graduated from Bogalusa High School in 1972. Wayne was a letter carrier for the U.S. Postal Service for over 30 years until his retirement. Wayne had many interests, in addition to loving to cook and garden, he was a very talented percussionist. Over the years, he played drums in several bands and enjoyed performing during many churches’ holiday services. He enjoyed being on bowling leagues and also loved fishing, crabbing, shrimping, and just being out on the water.

Wayne is survived by two sons, Chad (Manuela) Penton and Curtis Penton; two grandchildren, Hugh Penton and Sophia Penton; and also many close friends. He was preceded in death by his parents and his wife, Denice Penton.

Visitation will take place at Poole-Ritchie Funeral Home in Bogalusa beginning at 9 a.m. with a service to follow at 11 a.m. on Wednesday, March 16. Interment will follow at Hillview Memorial Gardens.