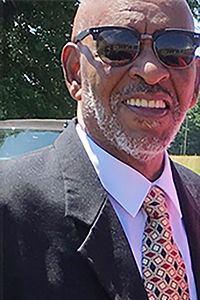 He is preceded in death by one brother, Ray D. Moses.

Lucious was a graduate of John F. Kennedy High School. He attended Southern University in Baton Rouge. He worked for Exide Technology for over 20 plus years. Lucious was an avid Saints fan for many years.

During the last three months of Lucious’ life, he developed a deep bond and love for his niece, Tiffany Jefferson. He waited for her arrival every day because he knew she had something for him. She will have many lasting memories.

A celebration of life of the late Lucious Jefferson Jr. will be held Thursday, March 16, at 11 a.m. in the chapel of Crain and Sons Funeral Home, located at 809 E. 3rd St. in Bogalusa.

Crain and Sons Funeral Home of Bogalusa are in charge of arrangements. Masks must be worn. Sign the guestbook online at www.crainandsons.com.