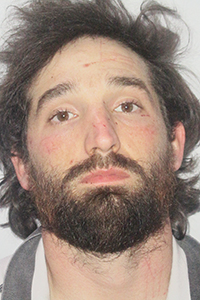 On Tuesday, March 8, Washington Parish Sheriff’s Office detectives traveled to Robert Sumrall Road in an attempt to locate Tanner Hughes, 27, who was supposedly staying at a residence there.

Hughes was a wanted fugitive from the state of Mississippi for trafficking in stolen firearms, possession of stolen property, possession of methamphetamine and burglary, according to WPSO Chief Criminal Deputy Mike Haley.

“As the officers drove into the yard of the residence, they observed Hughes as he fled on foot into adjacent woods,” Haley said. “They pursued him on foot but were unable to overtake him. The canine team from Rayburn Correctional Center responded to the scene and was able to locate Hughes who was then taken into custody and transported to the Washington Parish Jail. While he was being transported to jail, he physically damaged the interior of the Sheriff’s Office vehicle.”

Hughes was booked into the jail on the fugitive charges from Mississippi in addition to local charges of fleeing from an officer and criminal damage to property. Haley said that his bond on the local charges was set at $3,500. If he is able to post bond on those charges, he will not be released, except to the custody of Mississippi authorities, Haley said.

“The visit to his girlfriend on Robert Sumrall Road did not work out for him,” Washington Parish Sheriff Randy Seal said. “I’m pleased he was taken into custody and we are always ready to assist other jurisdictions when a fugitive is in Washington Parish. Once again, the Rayburn Correctional Center’s canine team provided valuable assistance.”