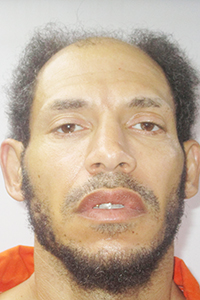 On Monday, Washington Parish Sheriff’s Office patrol deputies and narcotics detectives responded to the parking lot of a business in Clifton to investigate a report of an unconscious man inside a car that also contained a female juvenile, according to WPSO Chief Criminal Deputy Mike Haley.

Haley said that a deputy roused the man, identified as David Ashen Cain, 39, a resident of Cumnock Road north of Clifton.

Once Cain exited his vehicle, officers discovered he was in possession of three types of illegal drugs, including methamphetamine, Haley said.

Cain was taken into custody and transported to the Washington Parish Jail. The juvenile female was released to the custody of her mother, who drove to the scene after being notified by deputies.

“My concern is for the young girl,” Washington Parish Sheriff Randy Seal said. “I am so glad her mother was able to respond and take custody of her. While it was Cain’s choice to be in possession of the narcotics, it was not the child’s choice to be in the presence of illegal drugs. I commend our officers for their response and for being able to ensure the safety of the child.”