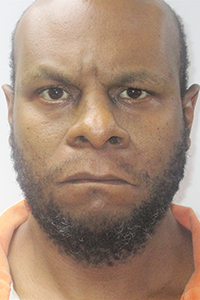 On Wednesday, a Washington Parish Sheriff’s Office patrol deputy responded to a resident’s complaint that a man he knew had come into his yard with a shotgun, fired the shotgun and threatened to shoot the homeowner, according to WPSO Chief Deputy Mike Haley. After reportedly cursing the homeowner, the shotgun-toting man left the scene.

“The patrol deputy relocated to the house of the man who is alleged to have made the threat and encountered Robert Earl Bridges Jr., 41, a resident of Elmer Corkern Road,” Haley said. “Bridges, a convicted felon, surrendered a loaded 12-gauge shotgun to the deputy without incident. While searching Bridges, the deputy discovered he had on two pairs of pants. In a zippered pocket on the inside pair of pants, the deputy discovered marijuana, methamphetamine and drug paraphernalia.”

Haley said that Bridges has one previous recorded arrest in Washington Parish. In 2007, he was charged with disturbing the peace and resisting an officer.

“There is likely more to this story than meets the eye,” Washington Parish Sheriff Randy Seal said. “It’s uncommon for someone to enter a residential yard, fire a shotgun blast and threaten the homeowner. It is common, however, for one of our deputies to respond to such a complaint and to make an arrest if necessary. I extend thanks to our deputy for resolving the situation and making the arrest.”