Sheriff: Man booked into jail for 25th time after visiting with contraband 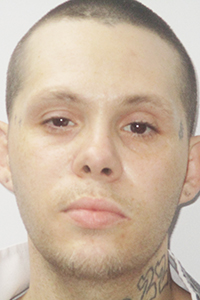 Haley said that Seals had been ordered by the court to turn himself in at 9 a.m. to begin serving a seven-year sentence with the Louisiana Department of Corrections. Seals finally arrived at the jail at 5:20 p.m. and was arrested again on new charges, Haley said.

“When Seals entered the lobby of the jail, a corrections deputy observed him on a recorded video surveillance camera concealing contraband inside items he was bringing with him,” Haley said. “Once Seals entered the jail, corrections deputies conducted a search of the property he brought with him as well as an unclothed body search and a search of the temporary housing unit in which he was placed.

“How sad that a 30-year-old man has already achieved the status of career criminal,” Washington Parish Sheriff Randy Seal said. “I suspect he intentionally delayed his court-ordered time to report to jail, because he knew the warden and other staff members likely would not be present. He grossly underestimated the professionalism of our corrections deputies working the night shift. They quickly caught on to his shenanigans, searched him and arrested him on the new charges. As I’ve said many times in the past, our corrections deputies are outstanding professionals who do a stellar job managing the most dysfunctional persons in our parish.”