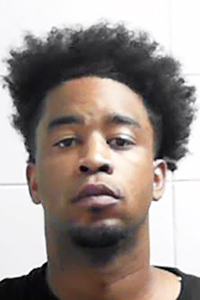 On Aug. 13, 2020, the Bogalusa Police Department responded to a shooting on Austin Street at Coburn Street. Two subjects had been shot and Bogalusa resident Marcus Tennison, 35, was found deceased on the scene from multiple gunshot wounds. A second subject was wounded but survived his injuries.

Detectives responded to the scene and began their investigation. After several days of tireless work by BPD investigators, Damion Thompson, a 28-year-old Bogalusa resident, was identified as Tennison’s killer. Arrest warrants were obtained on Aug. 18 and the search for Thompson began.

Investigative techniques led BPD detectives to Hammond, where Thompson was located and taken into custody by Hammond police officers. On Aug. 19, Thompson was transported back to Bogalusa where he was arrested and charged with second-degree murder, aggravated battery, illegal use of weapons, and carrying a weapon by a convicted felon.

Thompson’s trial began on Feb. 23 in Franklinton, prosecuted by District Attorney Warren Montgomery’s Office. On Feb. 25, the jury returned a unanimous verdict of guilty, convicting Damion Thompson of second-degree murder, aggravated battery, and illegal use of weapons. The sentence for second-degree murder is life imprisonment without probation, parole or suspension of sentence. Formal sentencing will be handed down in the coming weeks.

This was Thompson’s 10th arrest by the BPD since 2009, and he had a violent criminal record.

“We hope this verdict brings some sense of justice and closure for Mr. Tennison’s family and we send our sincere condolences,” BPD officials commented on the department’s Facebook page. “We commend our detectives who worked tirelessly on the investigation, as well as the assistant district attorneys and their Investigators for bringing this case to a successful conclusion, and the jury for their service in returning a just verdict.”