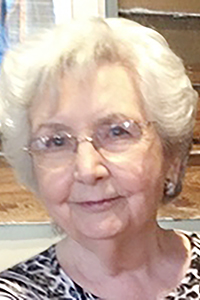 Rosemary Johnson Knight passed away on Tuesday, Feb. 22, 2022, at the age of 90. She was a loving wife, mother, grandmother (Memaw), and friend. She was raised in Angie, and was a resident of Bogalusa since she married in 1951. She enjoyed sports and played a little basketball and tennis in her younger days. However, her favorite pastime was playing the piano. She was a gifted musician and shared this with Bogalusa First Baptist Church as the church organist and accompanist for over 56 years.

Visitation was held at Poole-Ritchie Funeral Home in Bogalusa on Friday, Feb. 25, from 11 a.m. until time for the funeral at 2 p.m., with Dr. Mike Haley officiating. Burial followed at Hillview Memorial Gardens on Spring Valley Road in Bogalusa.