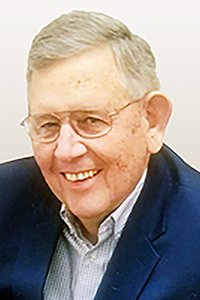 Joe Murray Bateman, 76, a life-long resident of Bogalusa, was born Jan. 14, 1946, and passed away at his home surrounded by loved ones on Feb. 16, 2022. His was a life marked by service to his church, his community, his country, and his fellow man.

Joe was born and reared in Bogalusa. As a teen and young adult, Joe taught many in the community to swim and worked as a lifeguard at the YMCA and the Bogalusa Country Club. He was graduated from Bogalusa High School in 1964, where he was an honor graduate and student athlete participating in basketball and track. He attended Southeastern Louisiana University (SLU), where he was active on campus and participated in organizations such as Circle K and the Judicial Board. He also worked as a dormitory resident advisor. He was graduated from SLU in 1968. Following college, he served his country in the Louisiana National Guard. Later, he was honorably discharged as a Second Lieutenant from the Army Reserve.

Throughout his career, he looked for ways to give back to the community of Bogalusa. He was a long-time member of the Bogalusa Campfire Board, the Bogalusa Planning and Zoning Commission, the Kiwanis Club, and the Magic City Carnival Association (MCCA). Joe was a deacon at First Baptist Church, where he served on numerous committees and led the Royal Ambassadors.

He was well known as a sportsman, enjoying fishing, hunting, skeet shooting, water skiing, and all outdoor sports. He often referred to himself as a member of “Fun Incorporated.” Many of his fellow sportsmen provided much encouragement and support throughout his long illness.

Memorial gifts may be made to First Baptist Church of Bogalusa.