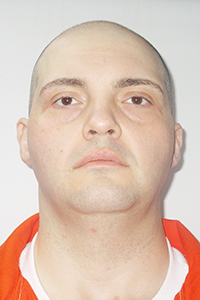 On Thursday, while conducting a sobriety checkpoint at the intersection of Louisiana Highway 10 and Pope Road, a Washington Parish Sheriff’s Office patrol deputy noticed a strong odor of marijuana coming from a stopped vehicle, according to WPSO Chief Criminal Deputy Mike Haley.

After having the driver pull to the shoulder of the road, and after the driver admitted to having marijuana in his vehicle, the deputy discovered a glass jar containing a large amount of marijuana, which Louisiana statutes designate as a Schedule I drug. In addition, the driver was in possession of a semi-automatic pistol, Haley said.

The driver, identified as Aston Ray Brecheen, 35, a resident of Louisiana Highway 16, was arrested and booked into the Washington Parish Jail on charges of possession of an illegal drug and possession of a controlled dangerous substance with a weapon present. He has no previous record of incarceration in Washington Parish, Haley said.