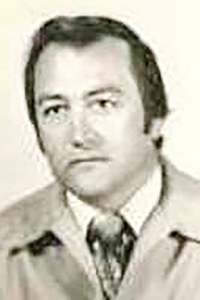 Melvin Temples, a Washington Parish native and longtime resident of Bogalusa, peacefully departed his earthly life on Feb. 5, 2022, at the New Orleans V.A. Medical Center, while surrounded by his family. He was 83 years of age.

He was born in 1938, and was the youngest of 11 children. When he was 3 years old, his brother Houston Temples, who was a Sailor stationed aboard the battleship U.S.S. Oklahoma, was killed in the infamous attack on Pearl Harbor. Another brother, Hubert Temples, who was fighting for the United States Army in the Western European Theater during World War II, was captured by the Germans and imprisoned in a P.O.W. camp, weighing just 86 pounds when rescued at the end of the War. His other brothers were either too young to serve in the War, or had to remain to help with the family farm. Melvin’s parents were farmers who worked the family homestead which was located in the Musterground community area of Washington Parish. It was both tough work and a family affair, which was very common for many families in this area at the time. And when their father passed away when Melvin was just 12 years old, he and his remaining older brothers stepped up and took over their father’s work in order to help support their family.

He graduated from Varnado High School in 1956 and served in the U.S. Naval Reserve from 1961 through 1964. He retired from his position as a machine operator with Crown Zellerbach Multiwall Bag Plant in 1978 after 22 years.

Melvin always had kind words and a smile to greet everyone he met, and a quick wit to liven up, or to lighten, any situation. He was always catching up with old friends, or making new ones and learning about their backgrounds and their relatives and friends (which many times it turned out that he already knew). He was a living, breathing, talking, joking and laughing genealogy book, full of old-time wisdom and wonderful stories, for the families and people of Washington Parish. A loyal and true friend, he was always happy to take friends and relatives to medical appointments or other errands. He loved spending time with his best friends, whether drinking coffee or a Coke and talking (these activities were always inseparable for him), or watching sports or hanging out at a party or get-together, or a favorite spot.

In his younger days, he enjoyed playing basketball and especially baseball. He played first base for the Gaylord Merchants baseball team in the 1960s, softball in the Main Street Ball Park League, and organized basketball.

He is survived by his son and daughter-in-law, Trent Temples and Shelby Chastant Temples of Bogalusa; two grandchildren, Colton Temples and Ainsley Temples, also of Bogalusa; as well as a sister-in-law, Lena Mae Temples, the widow of his brother, Shelton Temples; several beloved nieces and nephews; his son’s sister, Crystal Holcomb, whom he loved like a daughter; and a very special friend, Elaine Spencer Knight.

Visitation will be Saturday, Feb. 19, from 9 a.m. until 2 p.m. at Poole-Ritchie Funeral Home in Bogalusa. A memorial service will follow the visitation at 2 p.m., with Elder Doyle Ball officiating. Interment will follow at Garden of Peace in Ponemah Cemetery. Military graveside rites will be performed by Magic City American Legion Post #24. The family requests that, in lieu of flowers, a donation be made in his memory to either St. Jude Children’s Research Hospital or the Bogalusa Help Center.