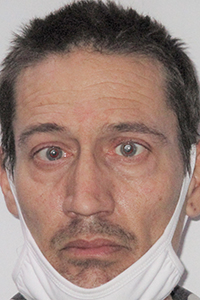 Shortly before midnight on Wednesday, a Washington Parish Sheriff’s Office patrol deputy was dispatched to Gene Williams Road to investigate a complaint about a “peeping tom,” according to WPSO Chief Criminal Deputy Mike Haley.

When the deputy arrived at the scene, he interviewed both residents who identified the man they saw as a neighbor, Nolan Duane Hunt, 42. Both reportedly stated that Hunt fled on foot when they observed him peering in the window. The deputy relocated to Hunt’s residence and took him into custody, Haley said.

Hunt was transported to the Washington Parish Jail, where he was booked on charges of criminal trespass and being a Peeping Tom, a violation of Louisiana Revised Statute 14:284. Hunt’s bond was set at $3,500.

Haley said that jail records indicate Hunt was arrested in 2019 on a charge of obscenity. According to the arrest narrative, Hunt intentionally exposed his genitals in the presence of two women, Haley said.

“Now this is not an arrest you see very often,” Washington Parish Sheriff Randy Seal said. “Yet, it is a criminal offense as defined by Louisiana law and a conviction carries with it potential penalties of a monetary fine plus jail time.”