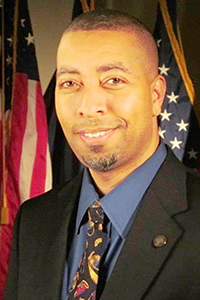 On Friday, Jan. 28, Louisiana Gov. John Bel Edwards announced that Kevin Richard would replace Secretary Kimberly Lewis at the Louisiana Department of Revenue when she leaves her post for a job at LSU in February.

“Kevin brings a wealth of knowledge with him to this role, as a long-time employee of the department across many offices and divisions, most recently as the Deputy Secretary of Revenue,” Edwards said. “I look forward to working with Kevin as he takes over the leadership of the agency, which plays a critical role in funding our government and assisting people and businesses.”

Richard has connections to the Washington Parish area.

He is the grandson of the late Louis “L.C.” Dawson of Bogalusa, who was the first president of the Local 189A Paper Workers Union for black employees at Crown Zellerbach. At that time, there was a separate union for white employees.

Dawson filed the first injunction to integrate the Crown Zellerbach cafeteria and bathroom facilities and traveled to Washington, D.C., to participate in the negotiations between the U.S. government and Crown Zellerbach to end racial discrimination at the plant.

This resulted in the two unions merging and afforded black employees with the opportunity to become millwrights and pipe fitters — jobs previously denied to them.

Richard is the son of Janice Dawson, a 1966 graduate of Central Memorial High School.

Richard is a long-time Department of Revenue employee, who started with the agency in 1994 and has served as a tax auditor, manager and director, among other roles. Most recently, Richard served as the Deputy Secretary of the Department of Revenue, beginning in January 2016. He is an alumnus of Southern University at New Orleans, earning degrees in Business Administration and Accounting. He has an MBA from Texas A&M University-Commerce and is a licensed certified public accountant in both Louisiana and Texas.

“I would like to thank Secretary Lewis for her leadership and guidance over the past six-plus years,” Richard said. “I believe that as a result of her faithful service, she is leaving the state and the agency in a better place and has prepared me for assuming this critical role within our state.

“I hope to continue to move the needle in the right direction. I also want to thank Gov. Edwards for this opportunity and I look forward to working with him and our taxpayers on addressing the critical needs of our state.”