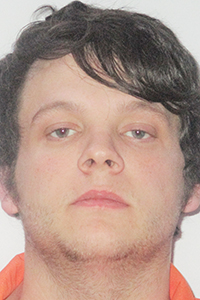 On Saturday, a Washington Parish Sheriff’s Office patrol deputy was driving eastbound on Louisiana Highway 10 between Franklinton and Bogalusa when he encountered a westbound pickup truck traveling at 80 miles per hour, according to WPSO Chief Criminal Deputy Mike Haley.

Haley said that the deputy turned around and pursued the vehicle, which increased speed to 91 miles per hour. The vehicle was being driven in a reckless manner, passing on a hill and forcing a vehicle off of the roadway.

“The driver slowed down, turned north on Choctaw Road, then accelerated to 80 miles per hour in the 30 mile-per-hour zone, forcing another vehicle to leave the roadway,” Haley said. “A second deputy responded further north on Choctaw Road and deployed a spike strip across the roadway. The driver of the pickup crossed the spike strip, flattening the two front tires. The driver slowed, then turned east on Highway 436 and north on Highway 62, failing to yield at either intersection, again forcing other vehicles to leave the roadway.

“On Highway 62, the deputies attempted to force the vehicle to a stop, at which time the driver attempted to ram one of the pursuing patrol vehicles. Finally, after turning on Highway 424, the driver entered a residential driveway and came to rest in front of the residence. Deputies exited their vehicles, pulled the driver from his vehicle and took him into custody. They discovered an open can of beer in the vehicle, plus a case of beer with several beers missing.”

Haley said that the suspect arrested was Matthew Zeke Galloway, 22, a resident of Louisiana Highway 424. Galloway stated he had consumed at least 12 beers and smoked marijuana, Haley said.

He was transported to the Washington Parish Jail and booked on charges of second offense driving while intoxicated, aggravated assault with a vehicle on an officer, aggravated flight from an officer, resisting an officer, reckless operation of a motor vehicle, criminal damage to property and having an open container of alcohol in his vehicle. The magistrate judge set Galloway’s bond at $40,000.

Haley said that Galloway has one previous arrest in Washington Parish. In 2017, he was jailed for driving while intoxicated, possession of illegal drugs and speeding.

“Through his reckless behavior, this young man created very dangerous situations for other drivers, our deputies and himself,” Washington Parish Sheriff Randy Seal said. “He is on the wrong path, but has adequate time to face reality and turn his life around. Let’s hope and pray he does just that.”