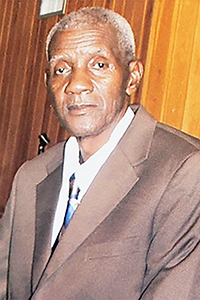 Brother Robert Smith was born in Varnado on Jan. 26, 1935, to the late Charles Smith and Trina Foster Smith. He transitioned to his Heavenly home on Jan. 26, 2022, at St. Tammany Hospital in Covington.

He united in Holy Matrimony to Mary Louise Dunn Smith on Dec. 1, 1956. To this union, four children were born. He was an amazing provider for his family. Rob was a farmer, which included log farming, cotton and gardening.

Later in life, he became an entrepreneur of two businesses — Smith Roofing and Smith and Son Trucking. He enjoyed taking family and friends on Friday night to the Fish House in Sheridan.

Bro. Smith nickname was Lil Son, which was affectionately called by many who new him. He enjoyed feeding his many cats and they always had the best of food.

A drive-through viewing was held on Friday, Feb. 4, from 4 p.m. until 6 p.m. at Crain and Sons Funeral Home.