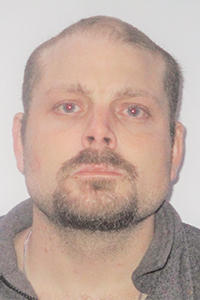 James A. Williamson, 30, a resident of Dogwood Valley Road, was arrested on Tuesday after attempting to enter a residence, attempting to steal lawn equipment and threatening to strike the homeowner and the responding deputy sheriff with a tree limb, according to Chief Criminal Deputy Mike Haley of the Washington Parish Sheriff’s Office.

After a resistant Williamson was approaching the deputy and threatening to strike him with the tree limb, the deputy deployed his Taser, causing Williamson to fall to the ground, Haley said. Williamson was then handcuffed and transported to the Washington Parish Jail, where he was booked on charges of attempted aggravated burglary and threatening a law enforcement officer with force or violence. His bond was set at $10,000.

“What was he thinking? Trying to gain entry to a residence late at night, then approaching an armed deputy with a weapon and refusing to obey verbal commands places all the responsibility on Williamson,” Seal said. “I’m glad the situation ended peacefully.”