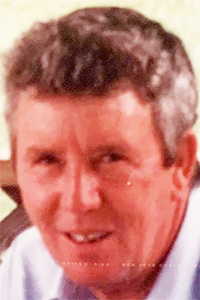 Lyman Gale Grisham went to his final resting place on Wednesday, Jan. 26, 2022, in Franklinton, at the age of 80. He was born on Jan. 9, 1942, in Ripley, Miss., to the late Lee Grisham Sr. and the late Mary Alline Mauney. He was a long time resident of Bogalusa.

He is preceded in death by his parents, Lee Grisham Sr. and Mary Alline Mauney; three brothers, Billy Grisham, Benny Grisham and Bobby Grisham; one sister, Linda Alfano; two brothers-in-law; and one nephew.

The visitation will be Friday, Feb. 4, from 10 a.m. until 11 a.m. Interment will follow at Ponemah Cemetery with military honors.