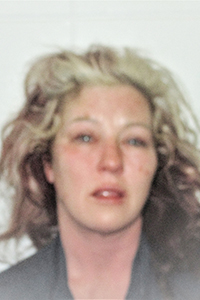 Shanda Crain, 50, a resident of Main Street in Franklinton, was arrested and jailed on Thursday on charges of cruelty to the infirmed and battery of a corrections deputy, according to Chief Criminal Deputy Mike Haley of the Washington Parish Sheriff’s Office.

When a deputy responded to a complaint on Highway 438, he encountered an elderly man who was bleeding from wounds inflicted by an intoxicated Crain, Haley said. The man, who is receiving daily outpatient medical care, was reportedly injured during the physical attack, including a bite wound. Northshore EMS responded to the scene and treated him before a relative transported him to the hospital, Haley said.

“A citizen who responded to the scene advised the deputy of the possible location of Crain,” Haley said. “The officer and his lieutenant then traveled to the location on Sidney Kemp Road and discovered an intoxicated Crain inside a camper trailer. A cursing Crain was placed under arrest, handcuffed and transported to the Washington Parish Jail.”

Haley said that while being booked into the jail, Crain physically assaulted a corrections deputy, adding another charge to her arrest. She was then booked on the two charges.

“People often do foolish things when under the influence of alcohol,” Washington Parish Sheriff Randy Seal said. “The consumption of too much alcohol is no excuse, however, since it is the individual who makes the choice to take the first and then subsequent drinks. Crain will now have the privilege of explaining her reckless behavior to a 22nd Judicial District Court judge.”