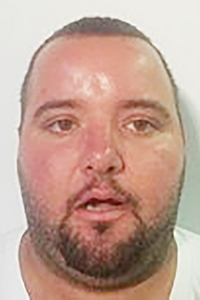 On Monday, a Washington Parish Sheriff’s Office deputy responded to C. Corkern Road to answer a complaint about a male subject standing in the middle of the road and not allowing vehicles to pass, according to WPSO Chief Criminal Deputy Mike Haley.

When the deputy arrived, he made contact with Christopher Gene Schilling, 39, who gives a current address in Brookhaven, Miss.

Haley said that Schilling’s sober girlfriend also was on the scene and the officer offered Schilling the opportunity to ride home with her. Schilling refused the offer, and then reportedly physically resisted the officer.

After gaining control of Schilling, the officer handcuffed him and transported him to the Washington Parish Jail. Once at the jail, Schilling physically resisted corrections deputies as they removed him from the deputy’s vehicle, Haley said.

Once corrections deputies took control of Schilling, he was booked on charges of disturbing the peace, obstructing a highway, two counts of resisting arrest and contempt of court.

Haley said that Schilling has seven previous stays in the Washington Parish Jail, beginning with a 2009 arrest for two counts of altering a prescription for a controlled dangerous substance. Later in 2009, he was arrested again for failure to appear in court. On both 2009 arrests, he gave a local address on Richard Magee Road.

Schilling was arrested in 2011 for driving while intoxicated. Later than same year he was arrested for disturbing the peace. Early in 2012, he was charged with domestic abuse with child endangerment. In 2012 he was arrested on three counts of failure to appear in court at which time he began to give the Brookhaven address. The next month in 2012, he faced his seventh arrest on charges of home invasion, criminal trespassing, criminal damage to property, disturbing the peace, resisting a police officer with force or violence and battery on a peace officer.

“It doesn’t take a psychiatrist to recognize that this young man obviously has an alcohol problem,” Washington Parish Sheriff Randy Seal said. “Let’s hope he will find a treatment resource and get his life straightened out.”