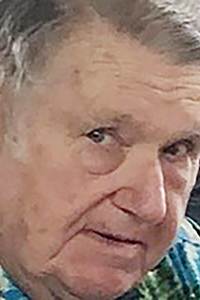 Mr. Lynwood F. Vaughn Sr., a resident of Bogalusa, passed away Monday, Jan. 10, 2022, at the age of 85. Mr. Vaughn graduated from LSU as a Civil Engineer and worked for his father at Southland Construction Company before eventually returning to teach Civil Engineering at LSU, where he later retired.

Mr. Vaughn was preceded in death by his first wife, Carol Ann Vaughn; his parents, R.B. and Mary Ethel Vaughn; and a sister, Olga M. Everett.

A visitation will be held Thursday, Jan. 13, from 6 p.m. until 9 p.m. and then again Friday, Jan. 14, from 9 a.m. until time for the services at 11 a.m. at Poole-Ritchie Funeral Home, with interment to follow at New Palestine Baptist Church cemetery with the Rev. Larry Pickering officiating.