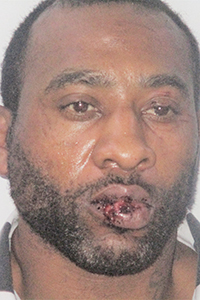 The prisoner’s girlfriend, Kristina Marie Smith, 40, was suspected of picking up the escapee in Amite and driving him to her residence on Highway 16, according to WPSO Chief Criminal Deputy Mike Haley.

“Other Washington Parish deputies, along with Tangipahoa Parish deputies, arrived and set up a perimeter,” Haley said. “The canine team from Rayburn Correctional Center also arrived on scene and began to track the male through the woods. Tracking dogs led officers to the escapee who was quickly taken into custody.”

Clarence Gaten Jr., 38, who gave a Ponchatoula address, was booked into the Washington Parish Jail and charged with being a fugitive from Tangipahoa Parish, aggravated battery on an officer, resisting an officer with force or violence and resisting an officer by flight on foot. Gaten remained in the Washington Parish Jail to face local charges. Although his bond has been set at $10,000, he was not eligible for release due to a hold placed on him by the Tangipahoa Parish Sheriff’s Office.

Kristina Marie Smith was booked into the Washington Parish Jail on charges of interfering with a law enforcement investigation, and being a fugitive from Tangipahoa Parish — issuing worthless checks.

Haley said that Smith has one previous charge in Washington Parish for possession of illegal drugs in 2009. Her bond was set at $2,250; however, on Tuesday, Dec. 28, 2021, she was transported to the Tangipahoa Parish Jail to face charges there.

“This jailhouse romance didn’t work for either party,” Washington Parish Sheriff Randy Seal said. “I don’t understand why anyone would become romantically involved with a prisoner, knowing there can be no satisfactory future in such a relationship. In this case, Gaten is facing more charges and Smith is facing new charges both in Washington and Tangipahoa.

“Our deputies did a great job apprehending Gaten and I am grateful for the assistance of Rayburn Correctional Center officers and canines, as well as Tangipahoa Parish deputies.” 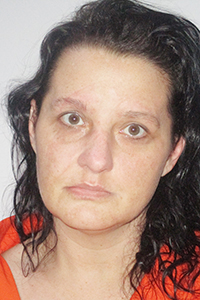