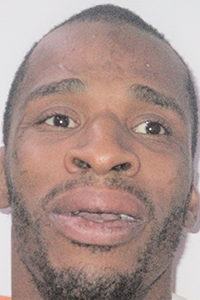 On Sunday, Dec. 26, 2021, Washington Parish Sheriff’s Office deputies responded to the Sportsman’s Inn motel south of Bogalusa to conduct a welfare check on a 15-year-old female. Upon arriving at the motel, the deputies quickly learned that the young female had been in the company of a registered sex offender who had sexually abused her, according to WPSO Chief Criminal Deputy Mike Haley.

Haley said that the investigation revealed that Christian Rosea Jeremiah Hutton, 34, had been staying in a room at the motel and the juvenile was staying with family members in an adjacent room. The juvenile left her room during the night and encountered Hutton, who committed the alleged sexual assault.

Haley said the mother of the juvenile took her to the hospital for examination. Hutton, who had left the motel, was reportedly discovered walking on South Columbia Street. He was arrested and transported to the Washington Parish Jail where he was booked for carnal knowledge of a juvenile.

Haley said that Hutton has one previous arrest on record in Washington Parish. In December of 2020, he was arrested for failure to comply with sex offender registration requirements after moving to Washington Parish.

“Righteous anger boils within me when I learn of the sexual abuse of a child,” Washington Parish Sheriff Randy Seal said. “I can only imagine the trauma the child and her family must endure. Our officers handled this investigation and arrest in a professional manner and Hutton is now where he belongs, in jail.”