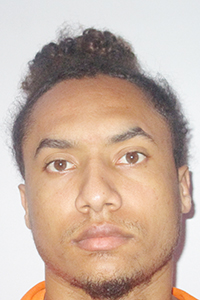 On Sunday, Dec. 26, 2021, a Washington Parish Sheriff’s Office deputy arrested a suspended driver with a suspended license after encountering him on Louisiana Highway 10 traveling in excess of 80 mph, according to WPSO Chief Criminal Deputy Mike Haley.

Haley said that the driver, Laquincy Donshae Stewart, 24, a resident of Vernon School Road, was stopped in the vicinity of Poplarhead Road, at which time the deputy learned that Stewart had an outstanding warrant for felony carnal knowledge of a juvenile in addition to a warrant for traffic offenses.

Stewart was transported to the Washington Parish Jail, where he was booked on the outstanding warrants in addition to traffic violations. His bond was set at $3,000 and he was able to post bond for his release on Tuesday, Dec. 28, 2021.

Haley said that Stewart has one previous stay in the Washington Parish Jail. In April of 2017, he was arrested on two counts of forcible rape. He was released two days later after posting a $125,000 bond.

“Highway 10 is not a racetrack,” Washington Parish Sheriff Randy Seal said. “Slow down! Numerous curves and hills, combined with lots of traffic, dictates that Highway 10 be driven in a cautious manner. Excessive and careless driving on any road in our parish will earn you a ticket.

“Slow down, be safe and respect our speed laws. Our deputies cannot be everywhere at once, but they are always out seeking anyone who is violating any of the laws of our state and parish.” 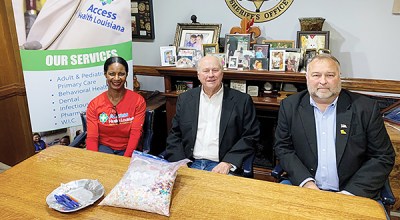