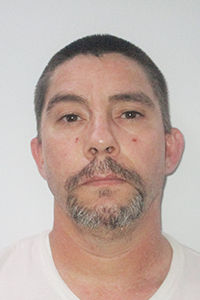 Davis Vincent Gomez, 42, a resident of Foxworth, Miss., was arrested in Angie on Monday and jailed on charges of possession of heroin, possession of drug paraphernalia and contempt of court, according to Chief Criminal Deputy Mike Haley of the Washington Parish Sheriff’s Office.

Haley said that WPSO deputies encountered Gomez on a traffic stop and located the heroin, along with hypodermic needles on his person. Gomez had his bond set at $10,000.

Haley said that Gomez has one previous stay in the Washington Parish Jail. In 2017, he was arrested for possession of illegal drugs and drug paraphernalia. He served a couple of weeks in jail before posting a $6,000 bond for his release.

“A simple traffic stop sometimes turns into more serious charges,” Washington Parish Sheriff Randy Seal said. “Why was Gomez in Angie while possessing heroin? Likely, we’ll never know the answer to that question. We do know, however, that his heroin is now safely locked in our evidence vault until such time as Gomez stands before a 22nd Judicial District Court judge. I congratulate our alert officers who discovered the illegal substance and made the arrest.”

Parish jail inmate arrested for allegedly exposing himself to…