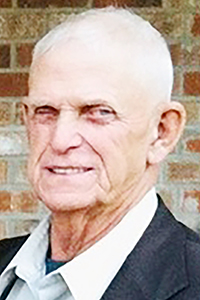 His daughters will receive family and friends for a Celebration of His Life on Jan. 15, 2022, at “The Place,” located at 426 Georgia Ave. in Bogalusa, from noon until 4 p.m., followed by a committal service at Pounds-Pool Cemetery in Bogalusa.

“For God so loved the world, that he gave his only begotten Son, that whosoever believeth in him should not perish, but have everlasting life.”

The family would like to express their gratitude to the staff of Community Care Hospice; ladies of Terrace Baptist Church; coworkers of Riverside Pediatric and Internal Medicine; Tammy Seal Pierce of “The Place;” and family and friends for your many prayers, blessings, and support.