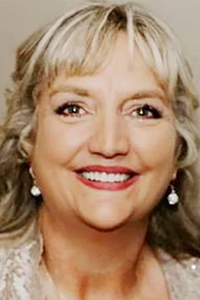 Tonja Ann Varnado-Seal, 54, a resident of Franklinton, passed away Saturday morning, Dec. 11, 2021, at her home. She was a 1985 graduate of Bowling Green School, where she was a member of the Lady Bucs basketball team. Tonja had her Master’s plus-30 in School Administration and worked throughout the local schools systems. She worked at Franklinton High School and Franklinton Junior High School, the Bogalusa City Schools and Northshore Charter School as a counselor, principal, vice principal, and in other administrative positions as well as a softball and basketball coach. Tonja loved helping the countless young men and women she met through the years. She enjoyed relaxing in her swimming pool and spending time with her family.

She is survived by daughter and spouse, Malarie Jenkins Hamilton and Britton Hamilton of Covington; son, Coley Varnado Jenkins of Franklinton; brothers and a sister-in-law, Michael L. Varnado of Franklinton, and Ruston C. Varnado and Shelly Varnado of Folsom; mother-in-law, Brenda Duncan Seal of Varnado; special friend, Steve Whitney of Tennessee; and also numerous beloved nieces, nephews and other family members and many dear friends.

Visitation was at Crain Funeral Home (1109 Bene St. in Franklinton) on Tuesday, Dec. 14, from 4 p.m. until 8 p.m. A funeral service was held in the funeral home chapel at 8 p.m. Tuesday, Dec. 14, with the Rev. Leon Hickman officiating.