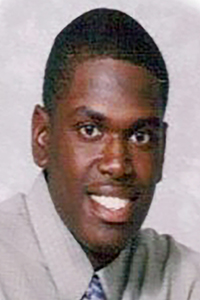 Kevin Kinard Henderson was born on March 22, 1986, in Covington, to Victor and Mary Henderson. He graduated in the class of 2004 from Franklinton High School and went on to attend Southern University, where he studied architecture. He later completed training at Diesel Driving Academy to become a truck driver, which is a career he loved for the past 10 years. Kevin loved music and any task that required him to work with his hands. He was a most loving and caring father and husband. The joy of his life was spending time with his wife and daughters. Kevin departed this life unexpectedly on Dec. 6, 2021, in Katy, Texas.

He was preceded in death by his grandparents, Thomas and Ozzie Mae Hart, Norman Henderson and Ethel Mae Hayes Henderson; and sister, Natasha Renee Hart.

Kevin will be greatly missed by a host of cousins and classmates, along with many other caring relatives and friends.

Viewing will be Saturday, Dec. 18, from 11 a.m. until 1 p.m. The funeral service will follow at 1 p.m. at Crain and Sons Funeral Home in Franklinton, with the Rev. Carlis Hart and Elder Bennie Hart officiating. Interment will be in New Life Cemetery.