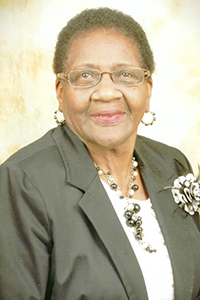 She departed this life after a brief stay at St. Tammany Parish Hospital, where she worked for over 30 years as an LPN.

Mrs. Doris was preceded in death by her parents, Alvina Dean and Dorris Dean; her sister, Lois Powell; her brother, Albert Jerome Dean; her maternal and paternal grandparents; and her son, Johnny Dewayne Penton.

Being the oldest of five siblings, Mrs. Doris or “Sister” that she was effectively known as by her siblings, helped raise her four siblings. “Sister” took her responsibilities seriously and became a second mother to her siblings while her mother worked hard to provide for their family. Mrs. Doris worked at Rosenblum Clothing Store for many years before she decided to go back to school at the age of 42 to become a Licensed Practical Nurse (LPN). She worked as an LPN for over 30 years at St. Tammany Parish Hospital. Her final breath was taken at St. Tammany Parish Hospital.

The funeral service will be held Saturday, Dec. 18, at 10 a.m. at the Bogalusa High School auditorium. Visitation will be on Friday, Dec. 17, from 2 p.m. until 6 p.m., with a family hour from 6 p.m. until 7 p.m. at the Cook-Richmond Funeral Home chapel. Interment will be in the Bogalusa Cemetery.