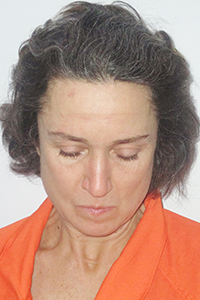 When a WPSO sergeant responded to the scene, he discovered an intoxicated woman, a homeowner who had retreated to the safety of a vehicle after being physically assaulted and damage inside the residence caused by Julie Gerber, 49, a resident of Nightingale Lane south of Franklinton, Haley said. Gerber was reportedly loud and abusive and had scattered trash in the resident’s yard in addition to damaging the interior of the home.

Gerber was booked into the jail on charges of second-degree battery, criminal damage to property and disturbing the peace. Her bond was set at $7,500.

Haley said that she had a previous arrest in April 2021 when she was charged with criminal damage to property. She remained in jail for two days before posting a $5,000 bond for her release.

“Irresponsible use of alcohol never results in a good outcome,” Washington Parish Sheriff Randy Seal said. “I encourage anyone who consumes alcohol to do so in a safe and responsible manner. If you or anyone you know has a problem with alcohol, please seek professional help.

“One more bit of advice. Do not drive after you have consumed any alcoholic beverage. Our officers will be on the lookout for intoxicated drivers during the upcoming holidays and you will go to jail if you drive while under the influence of alcohol.” 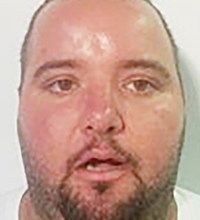 Lions donate to Christmas in the Park