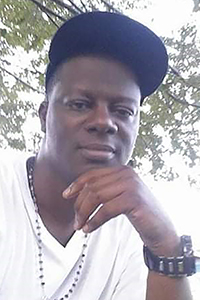 Brother Emerson TaJohn Moses, lovingly known as TWIN, was born Dec. 3, 1978, in Bogalusa, to Missionary Rosie R. Levias of Bogalusa and Brother Emery H. Perkins of Dallas, Texas. He was called by the Lord to his new heavenly residence on Dec. 5, 2021. He attended school in the Bogalusa City School System. He graduated from Bogalusa High School and continued his education at Sullivan Vo-Tech College where he received his certificate for Air Condition and Refrigeration.

Emerson TaJohn Moses had many talents such as drawing, tinting, installing radios, detailing cars, and teaching others to do so. He didn’t hesitate to help others accomplish their dreams.

Emerson TaJohn Moses was a son, brother, nephew, uncle, cousin and friend. He was quiet, humble, and humorous and also never met a stranger. He was always destined for greatness and the sky was the limit of his determination.

Emerson TaJohn Moses became a member of Truth and Deliverance Ministry at 102 Mitchell Ave. in Purvis, Miss., under the leadership of Apostle Gregg G. Johnson of Hattiesburg, Miss.

Emerson TaJohn Moses spent his Last days enjoying his family and friends, playing football with his nephew and friends and of course eating at his favorite restaurant with his twin brother Emery Moses.

The funeral service will be held Sunday, Dec. 12, at noon at the Kingdom of God Church, located at 814 Union Ave. in Bogalusa. Visitation will be held on Saturday, Dec. 11, at Cook-Richmond Chapel beginning at 2 p.m. until 5 p.m. with a family hour from 5 p.m. to 7 p.m.