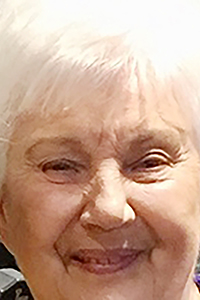 Addean White Sheridan, 78, passed away suddenly on Dec. 3, 2021, at 2:15 a.m. at Our Lady of the Lake in Baton Rouge. Dean, as she preferred to be called, retired from the Bogalusa School Board as a school secretary, but also worked at the Bogalusa Community Medical Center in the early years. She had made her home in the Crossroads Community for the last several years.

An avid sports fan, Dean played basketball and softball in her high school years and continued into adulthood, playing with travel leagues. Her love for these two sports never wavered and during the last few years enjoyed traveling with her niece and husband, James and Janene Dunaway, to LSU Softball and LSU Women’s Basketball games, including the SEC Tournament. She was doing what she loved most at the time of her death, watching the Lady Tigers.

A faithful member of Mitchel Chapel Church of God, Dean served her Lord and church in many capacities through the years.

Dean was preceded in death by her parents, Grady and Mattie Roberts White; a sister, Annette Risner; and her son, Todd Allen Sheridan.

Visitation was held on Monday, Dec. 6, from 6 p.m. until 9 p.m. at the Mitchell Chapel Church of God in the Crossroads Community and continued on Tuesday, Dec. 7, from 10 a.m. until time for the services at 2 p.m. with Bishop Preston Smith officiating.